issued a report on its investigation of guardianships, at the request of the Special Senate Committee on Aging.  The GAO was asked to verify whether allegations of abuse by guardians are widespread; examine facts in selected closed cases where findings of guilt or liability were made; and test guardian certification processes.  A copy of the report can be found at http://www.gao.gov/products/GAO-10-1046.

Findings:  GAO could not determine whether allegations of abuse by guardians are widespread.  In the closed cases investigated, GAO did find several common themes, including the courts’ failure to adequately screen potential guardians, the courts’ failure to oversee guardians once appointed and the failure of courts and federal agencies to communicate effectively with each other about problem guardians.  Lastly, the investigation found shortcomings in the certification process used in four states targeted by the investigation.  The shortcomings included the ability of individuals with poor credit, fake identities or fictitious credentials to gain certification.

MAGiC, as a membership organization comprised of professional guardians/conservators, elder law attorneys, social workers and other providers of services to vulnerable adults, recognizes that there have been abuses by guardians/conservators as well as ineffective application and enforcement of guardianship/conservatorship law.  These problems are regrettable and deplorable, but these do not represent the majority of guardianship/conservatorship situations.  We are proud to be part of a guardianship system whose focus is two-fold:  assuring due process protections of vulnerable adults’ rights and meeting the ward/protected persons’ needs. For every abuse or neglectful guardianship situation, there are thousands of untold stories of guardians making decisions to save lives of wards, of arranging discharges from overly restrictive placement settings to safe housing of the wards’ choice; of stopping the predatory bleeding of estates and countless other invaluable positive impacts on the lives of the vulnerable adults served by guardians/conservators.
MAGiC provides educational opportunities to professional guardians and conservators to assist them in keeping abreast of the law and best practices so that they may fulfill their duties in an ethical, efficient manner.  We seek opportunities for communication with the Courts to discuss problems in the system and maintain communication and education between the Courts and the professionals doing this important work. We are actively involved in collaborations with ombudsmen and advocates for vulnerable adults, working on legislative, policy, and educational responses to the problems, as well as enhancing what is working well, in guardianship/conservatorship.   MAGiC adopted Standards of Practice for Professional Guardians and Conservators at its founding as an organization in order to promote best practices and professional expectations for surrogate decision makers.  In 1996, MAGiC adopted a Code of Ethics for Guardians and Conservators as well as a Bill of Rights for Wards and Protected Persons, which was substantially codified into MN Statutes in 2009.

We recognize that careful evaluation of the need for guardianship/conservatorship and appropriate nominations of guardians and conservators who commit to acting within the Standards, Code of Ethics and Bill of Rights as well as proper Court monitoring after the appointment of the legal decision maker is critical to protecting the personal and financial interests of vulnerable adults who require and benefit from court protection to meet their personal and financial decision making needs. 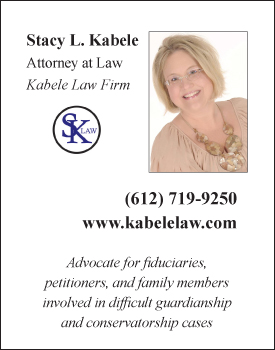 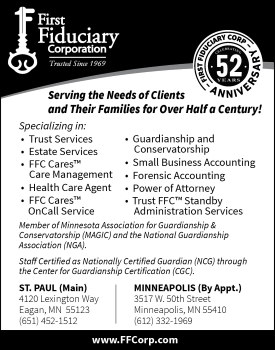 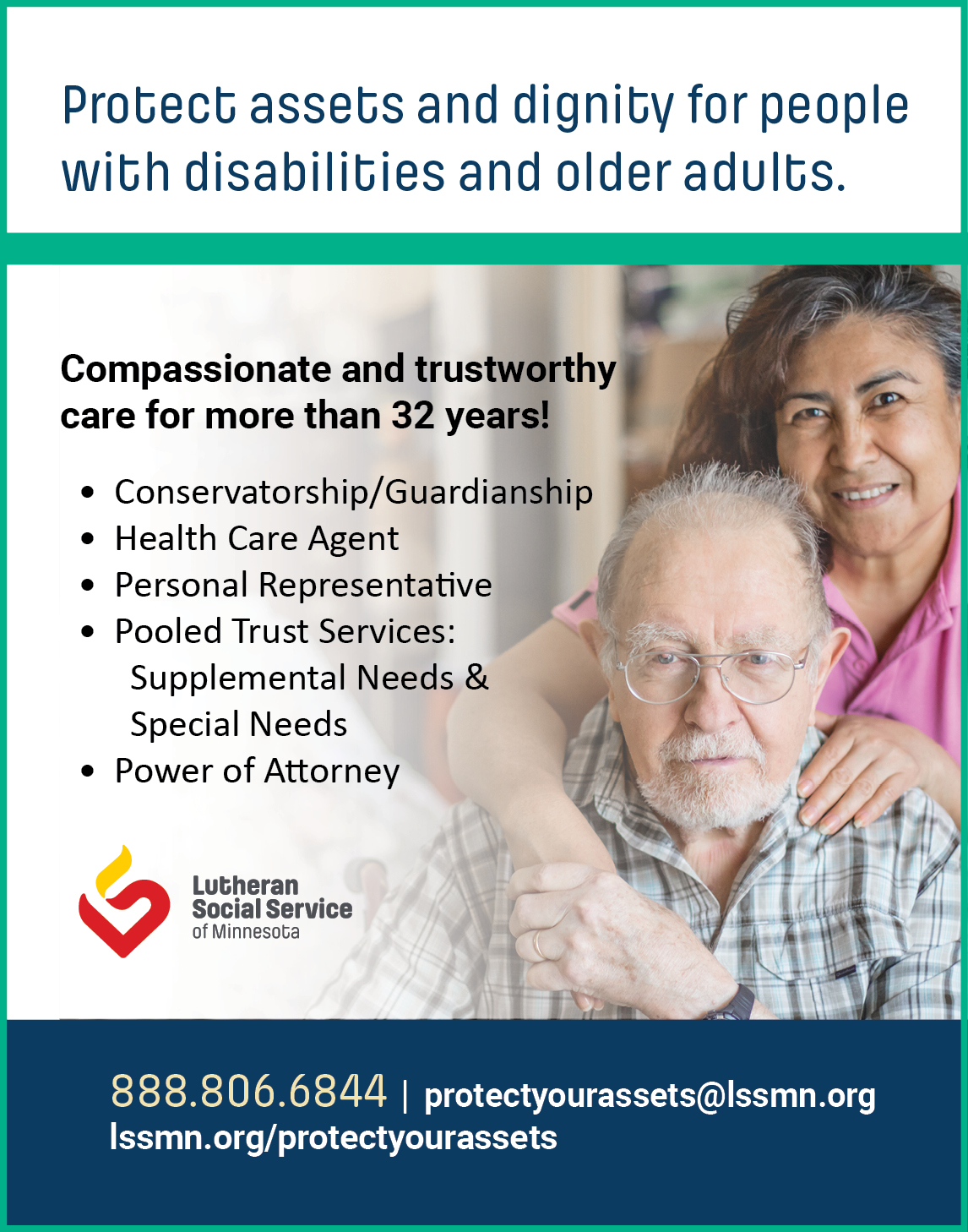 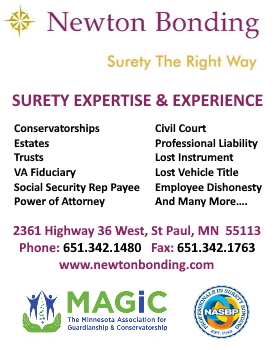 Not a Member?
JOIN NOW